with an open letter to Jim Berg

In footnote 128 on page 186 of the GRACE Report, Jim Berg, who was Dean of Students in the late 1980s, acknowledged his ignorance in failing to report non-forcible offenses as a crime. He said, “If someone was forcibly raped, obviously that is so obvious it would be [identified as a crime].”

The implication was that he would have reported forcible rape to the police. And yet here we are, faced with a very obvious forcible rape in the account of Wendy, a rape at knife-point on campus, an account that was not disputed by school officials, but in spite of all that, it was not treated as a crime. Here is Jim Berg’s response to reading the account of Wendy, recorded on page 278 of the GRACE report:

“When I read this [the Incident Report made by the Public Safety Officer], I kind of shuddered.”

“This one, when I look back at it, I am quite mortified for her. Although it was checked on the incident report, ‘Criminal Activity,’ I don’t see that anything here, unless there is something else, that is was reported as criminal activity.”

“This was not handled well. I don’t have anything that I followed up long term with her.”

“Honestly, I read this [the letter Wendy wrote to her boyfriend], and I am very embarrassed by it. But I can tell you on my end, there is no effort to cover it up. I did not want this guy back on campus.”

He may have believed he engaged in no effort to cover it up, but the way it was handled, along with the teaching that pervaded the campus—which the GRACE Report so clearly detailed—succeeded in doing exactly that. Failing to report to police, failing to get Wendy to a doctor, failing to provide anyone to even talk and pray with her over the course of the following weeks or months, failing to do anything to help her feel safe on campus the rest of the school year—all of these things can easily be seen part of a passive covering-up of the scandal of an on-campus rape. Not to mention the direct cover-ups by others who told Wendy not to speak of the assault.

So what was the action taken toward the violent assailant on the campus of Bob Jones University? This man who raped a woman at knifepoint? He was simply sent a “no trespassing” letter. 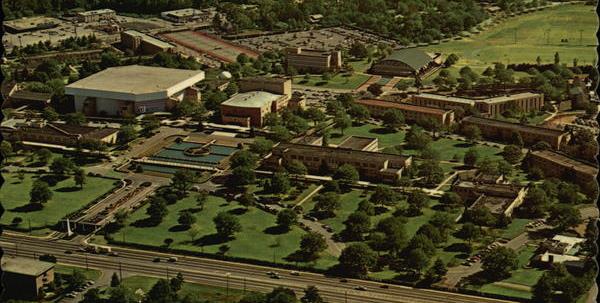 For months after the rape Wendy had to continue walking around campus as if everything was fine, with no assurances for her safety provided from administration other than a no-trespassing letter sent to the perpetrator.

Besides the fact that Jim Berg should have cared about every student on the campus of BJU, when one knows that prior to the rape Wendy was involved with the Berg family in a personal way—babysitting, helping with spring cleaning, even having been given a special cookie recipe by Jim’s wife Pat—one might think Jim Berg would have cared especially about helping Wendy. 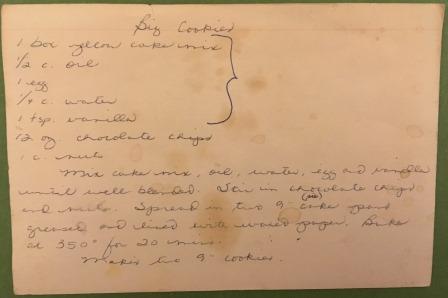 Mr. Berg failed, as did his fellow officials. Is it not Biblical for Bob Jones University alumni to expect a true repentance and request for forgiveness from those he wronged, coming directly from him, the same kind of humility he emphasizes in his books, classes, videos, and seminars?

The following is an open letter from Wendy.

When I first read the excerpts of the GRACE report that pertained to me I had the stupidity to feel tenderhearted toward you. I foolishly expected you to write or call to find out how I had fared in life. Did I marry? Did I ever trust men after being raped at knifepoint and subsequently shamed into keeping it silent? Did I turn away from God? Or did I find him in the horrible tornado of the years of emotional processing?

When I read of your supposed heartbreak upon remembering my experience, I expected you or your wife to reach out to me personally because I babysat your kids. I was trusted with your very children. I had hoped that you would extend at least a minimal amount of care back to me.

Instead, your quiet non-response and simple (temporary) fade from public offered an ominous silence. Instead of being fired and banned from all further damage on tender, hurting souls, you continue to participate in the very roles you admitted to being unqualified for! This is unconscionable. You are like a murderer who has been caught in the very act yet continues to present to the watching crowd as an innocent bystander who meant no harm.

I can’t change what happened decades ago, but I can help others heal today. This [now public] letter voices a hurt that I am not alone in feeling. Many of us took that first step – the agonizing step of truth-telling before the GRACE investigators. Now we are determined to live safely and to do what we can to protect others. We no longer bear the burden of secrecy and shame. You, however, are choosing to carry that load and even enhance its weight by your deception and refusal to speak out and unwillingness to change.

To that choice I say, how dare you!? The recent [as of the original June letter] press attention from various perpetrators* is, I’m sure, a small percentage of the criminals trained at BJU. How many more will it take before leadership admits wrong?

For the record, you may continue to proclaim that your only involvement in the decades of abuse is one of naiveté. You may convince yourself that the university never broke any laws. As untrue as that statement is, the deeper truth is that the law is never to be used as a source of ethics and morality. Just as the historic Holocaust was not illegal, your soul-slaughter of annihilating victims and our stories demands a higher ethical response than “We didn’t know” or “We didn’t break any laws.” Any mass destruction of people suffers repercussions for decades, even generations. It is not soon forgotten. This is the legacy you leave through your “counseling” and your “training” for churches, survivors and perpetrators, both in written and oral language.

The GRACE report was never meant to be a document proclaiming innocence or guilt. Its content was to be used by the university leaders to better portray the God who cares for his children – i.e. the God the university claims to believe. Its stories, just as stories in the pages of the Bible, were to be used as opportunities to grow in the rich deliciousness of the Spirit’s fruit. Just like the Old Testament law was to point us to our desperate need for a Savior, the Report’s 300 pages were meant to create a hunger for repentance and a desperate thirst for God’s sweet, healing waters.

You are seemingly content eating whatever soul-food you harvest and hunt yourself. The acres of good deeds and teaching you plant are dead waste and cannot be cultivated. You are digging your own well and ingesting putrid filth that you have somehow convinced yourself is the gospel.

I weep for you and the many souls you continue to massacre by your words and by your silence. I pray that the eyes of your heart will be opened. I pray that you will be man enough, leader enough, Christian enough, loving enough and honest enough, to walk away from the university and every role of counseling influence and to admit the massive damage you have done in people’s lives. To my life. To me. To my family then and now.

I know this is a feeble hope in light of all the university’s response to date. I recognize the severe unlikelihood of this ever happening. Yet because of God’s character I continue to hope and to focus on God’s goodness in the “land of the living.” The food here is lush and delicious. The truth is nourishing and the freedom more fulfilling than I could ever have imagined.

I invite you here. If you truly were “mortified” for me as you were quoted in the report, you would reach out to me (and to many other survivors)…not to apologize but to join us in transformation. You would ask how God is at work. You would ask how it is even possible for us to believe His work in light of your actions and inactions. You would seek to understand the way Christ walks alongside the wounded and weary. We escaped the façade of BJU spirituality and are feasting at a banquet table that allows us to experience every emotion and process every experience. There are no words to explain the freedom this entails. But the hunger and thirst I have for imitating God and following Him will never be met by merely “not breaking any laws.”

But until you are ready to change and to act – to do much more than words – don’t you dare contact a single one of us. We don’t want to hear any more verbiage. We are watching for God’s work. God works in hearts to transform lives, not mere words.

That remains my prayer despite my deep wound.

*Wendy is referring to cases such as that of Micah Pretlove, highlighted on the BJUGrace Facebook page.

0 comments on “Wendy’s account of rape and coverup, Part Three”

1 Pings/Trackbacks for "Wendy’s account of rape and coverup, Part Three"