Although the author of this blog post speaks for herself and tells her own story, BJUGrace, as her publishing platform, through documentation and written statements from several witnesses, has sought to do due diligence to confirm that her story is true. 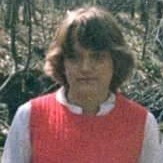 by Amie Brown, based on a letter written to a friend, to explain the lesser-known background of the Independent Fundamental Baptist (IFB) world

As a young girl, I learned quick from my parents what my worth was. I was often told that I would amount to nothing. My own father would say, “I have three animals [his daughters], and one human [his son].”

I had no childhood. Play was not an option. I was to work. I did as I was told because it was the right thing to do, and I never asked questions.

I attended Cookeville Christian School in Cookeville, Tennessee, where my lack of worth as a female was reinforced. In this church and school context, when I was eleven years old Ted Anderson began abusing me and two other girls, physically, emotionally, mentally, and sexually. But the worst of all was the spiritual abuse. He was  a deacon in the church and on the board of trustees, as well as the music director and piano player for the church. He was also the principal of the school as well as the Spanish teacher, choir director, private piano teacher, soccer coach, and main chapel speaker.

When I was sixteen, I told my parents what Ted Anderson was doing (on the day I told, he had beaten me 24 times with a two-by-four, among other things), and my parents told the church/school leaders. Bob Jones University was called on for advice on how to handle the situation. They advised the leaders at Cookeville to take no legal action, because keeping silent was better for “the cause of Christ,” but just get him out of town. My own father bought a five-thousand-dollar bond to help pay Ted’s back salary and get him out of town.

For many years, from age eleven until recently, I would sing “Jesus loves me” every night after the lights were out. Over and over again.

At the age of seventeen, I was taken to BJU. Once again my lack of worth as a female was reinforced. When I talked with the dorm counselor, I was told:

* God allowed it; you accepted it.

* I should confess the sin on my part. (I was eleven years old when it started.)

I buried the shame and guilt DEEP within me.

I married an IFB man, and for 24 years it was once again reinforced what my worth was as a female—I was no better than the scum on the bottom of his shoe.  Yet I submitted, because that was what the Bible said to do. I was never allowed to question what was preached from an IFB pulpit or from the husband’s mouth. I was to keep silent and do what I was told.

As a married couple with three children, we attended two IFB churches in Greenville, SC, both of which are closely tied with Bob Jones University. Here are a few highlights from the first one:

* When my dad and father-in-law became terminally ill, no one stepped up to ask if I needed help. My dad died six months before my father-in-law did, and I spent three months up all night nursing my father-in-law. I was the mother of three girls and a demanding, critical husband. I had NO support from the church.

* At a youth event, the male driver drove at 55 mph with my thirteen-year-old daughter and other young people in the bed of his pickup truck. When I confronted the youth pastor about this unsafe and illegal activity, he blamed it on the woman chaperone, the driver’s wife.

* Sin in the church was buried deep. The pastor would not call out the sin because he himself was living in adultery, which was later exposed.

In the second IFB church I was a member of:

* A convicted sexual predator was protected. My sixteen-year-old daughter was in this man’s house. (Even the youth pastor at the time did not know.) When it came out, I confronted the pastor and his wife. Even though they knew about my own abuse, they said, “Why are you so upset? He likes boys.” My husband told me the man was “being watched.” I know for a fact, it will happen right in front of you. But I was told to just trust the authority in the IFB church.

* We sought marriage counseling from this pastor. After six weeks I was told that if my husband needed a mother, then that is what I was called to be.

* As a nursery supervisor, when I saw vaginal bleeding from a 4-month-old girl, I informed the pastor, who in turn did NOTHING, even knowing that this child’s family was already in the DSS system. I made an anonymous call to the proper people, but my husband knew and turned around and told the elder what I had done. Because they said I wasn’t trusting or submitting to the church authority, I was put under church discipline.

IFB churches breed abuse of women and girls. They create environments of abuse, using the Bible to keep women in their place. Are there some in these churches that Love God and Love Others? Yes, but I think they are very few in number.

I am telling you this so maybe, just maybe, you will understand why I feel as strongly as I do about the IFB church.

I am worthy BECAUSE of what Christ did for me. I am a daughter of the KING!

The friend replied, saying that she believed me and wanted to support me.

THANK YOU for believing me. Believing me is the best help you can give to me. I have been on the road to healing the last 3-1/2 years.  I spent a year getting help from the Julie Valentine Center here in Greenville, SC. They could deal with the sexual, physical, mental, and emotional abuse. They could not deal with the spiritual abuse and were honest enough to tell me, but I knew that was where my biggest open wound was.

For as long as I can remember, I have sought safety in people and places. My heart begged for a safe place. Four months after my divorce was final, after a bad dating experience I screamed out to God that I just wanted to be and feel safe. After a long shower, I crawled into bed and for the first time that I can remember, God spoke to me! He spoke Proverbs 18:10 to my broken heart: “The name of the Lord is a strong tower; the righteous run into it and are SAFE.” I found my safe place in the Name of the Lord. That moment is when my healing began.

I have kept silent since I was sixteen years old. Those days are over. I have, along with one other woman who was victimized by Ted Anderson, tried to press charges in Cookeville (where the statute of limitations is only three years), and also here in Greenville, because he had also taken me to the BJU campus and abused me there. Neither report came to anything. I reported to GRACE, and now I’m naming myself and my perpetrator here. I do not want to react in anger—I want to respond with the truth and in love, like Jesus does with me.

Amie’s post has prompted other former BJU students to provide affidavits of their alleged abuse in the Cookeville Christian School environment and ensuing situation at Bob Jones University.  Part One of Barbra’s account is here. Karen’s account is here.

40 comments on “Jesus Loves Me: An Abuse Survivor’s Story”