The GRACE report, on page 23, describes an Abuse Response Task Force, “selected and/or approved by GRACE and comprised [sic] of one member of GRACE, two victims of sexual abuse who participated in the investigation, and two representatives of BJU.” 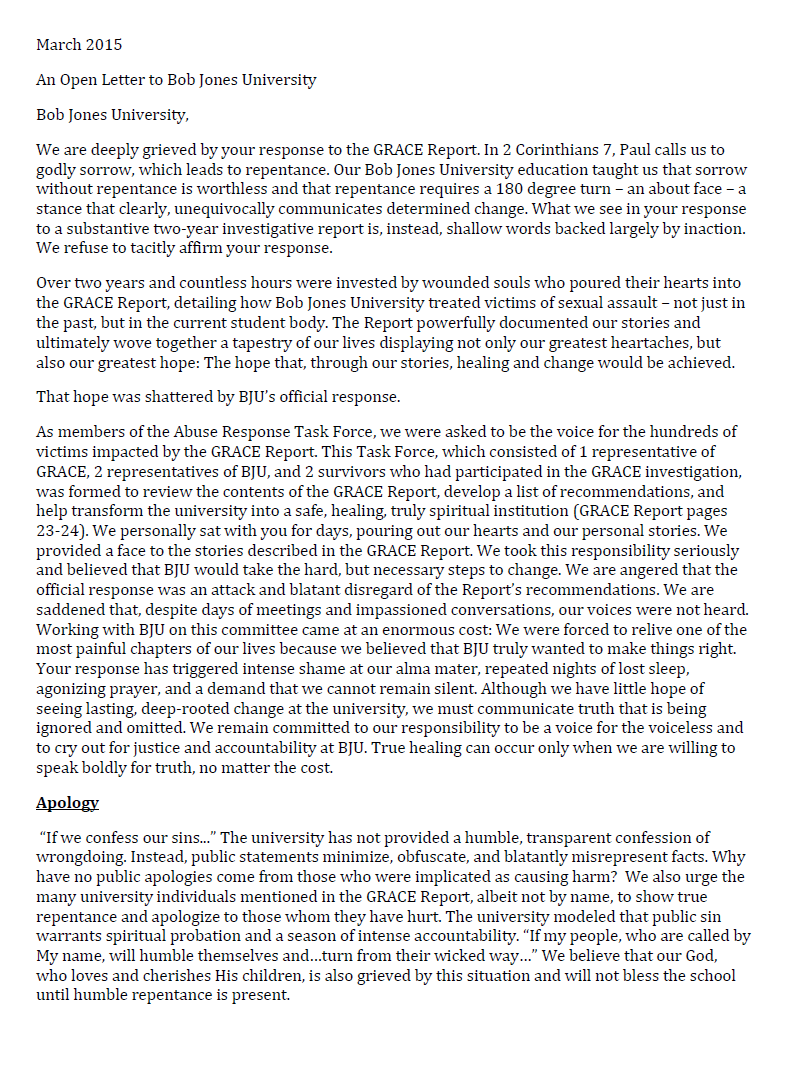 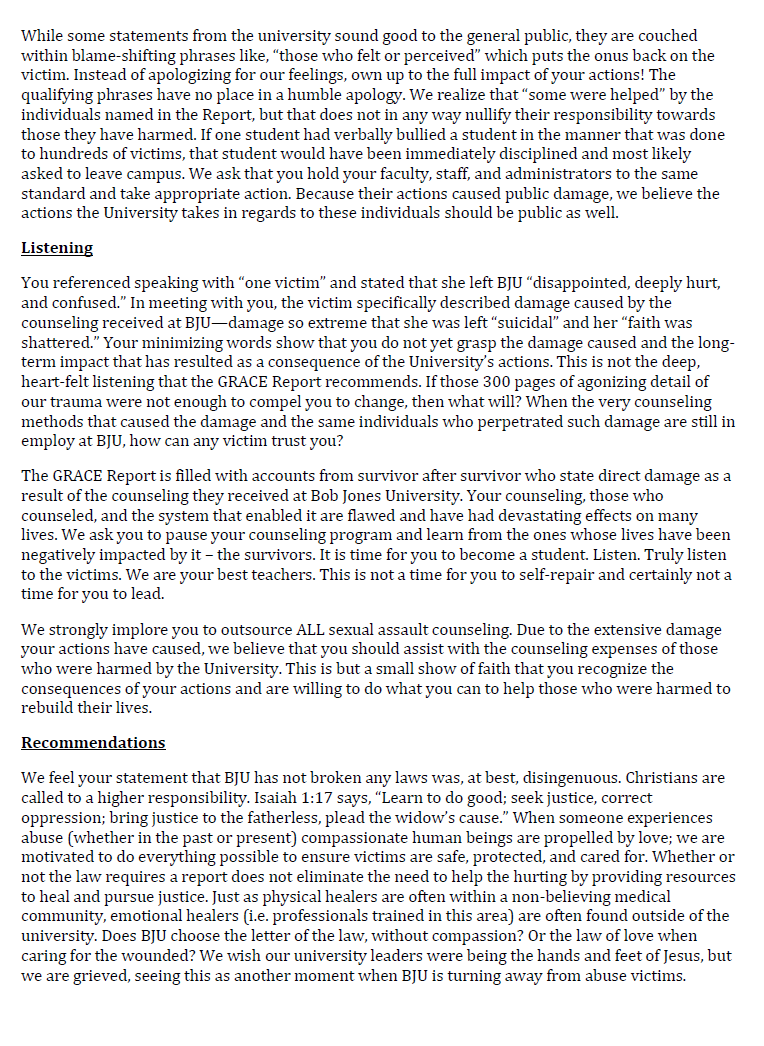 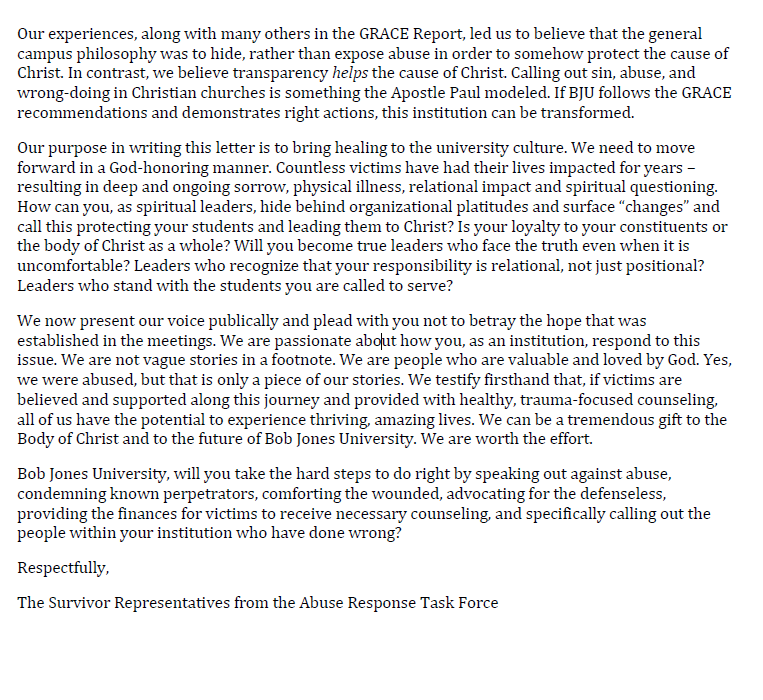